The store will not work correctly in the case when cookies are disabled.

What exactly is plastic sheeting?

Plastic film can relate to a broad category of products, ranging from rolls of film sold by thickness up to 10 mils, to groups of flexible packaging products such as bags, bottles and containers used in various industries.  For the purpose of this post, we want to explore the options and terminology of plastic sheeting as the packaging product generally purchased by the roll, with a specified width and mil thickness to work within a distinct application. 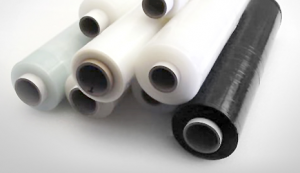 Below is a guide to the terminology generally used when deciding the best plastic sheeting option for your application.

Gloss: The film's surface reflection of light. The degree of sheen of the surface.
Haze: The degree of cloudiness of the film. Indicates how clearly an object can be seen through the film.
Opaque: Film that inhibits light transmission. The opposite of transparent.
Tint: Tiny voids in the film, enabling water, air, etc. to pass through the film.
Translucent: A film that permits the transmission of light. Clear, transparent.

Film: Sheeting having a nominal thickness not greater than .010 inch (10 mil).
Tolerance: A specified allowance for deviations in weighing, measuring, etc
Mil: One thousandth of an inch
Density: Weight per volume
Ream: 500 sheets, 2' x 3'. Equivalent is 3,000 sq. ft. or 432,000 sq. in
Basis Weight: The weight, in pounds, of 1 ream of film. Will vary on density and thickness.
Yield: The square inches of film yielded per pound. Will vary on density and thickness.

Extrusion: The breaking down and reshaping of materials by forcing it through an orifice.