What is a form fill and seal machine?

Simply put, a Form Fill and Seal machine forms a package, fill the packaged with a product, then seal it. It starts with a large roll of film that is formed into the shape of a bag. The machinery fills the bag with your product and seals it either horizontally or vertically. Packaging equipment like a form fill and seal machine put a stop to human error and mistake, inconsistent quality, increasing labor costs, and inefficiency in your process. 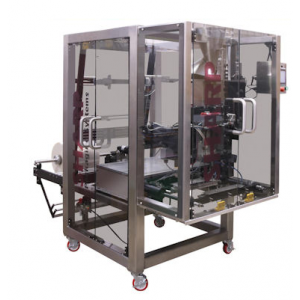 First, the machine uses a roll of packaging film that is rolled around a core and typically referred to as rollstock. The film is pulled off the roll by belts and is then transferred to a forming tube. There are, of course, other options with different machines but this is the most used option. 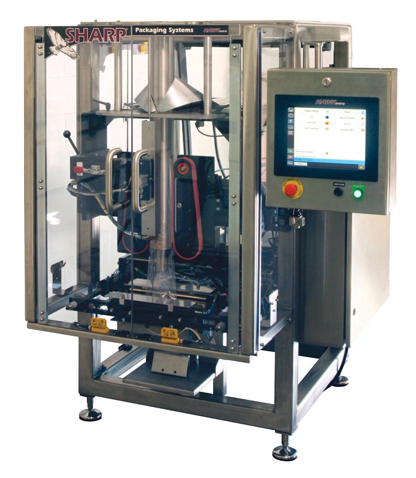 The film is then pulled off the roll using a dancer arm, keeping the film tension throughout. After this process there's an optional printing step. If needed, most form fill and seal machines will print dates, codes, graphics, etc. on the film.

After the printing stage, the film is brought towards the forming tube. First it moves past the photo-eye. The photo-eye detects where the film is and where it needs to be formed and cut.

The forming tube is next, and this is where the film is turned into a bag.  There's two different types of seals that can happen here. A lap seal and a fin seal. The lap seal overlaps the two outer edges of film to create a flat seal. A fin seal takes the insides of the two outer edges and creates a seal that sticks out. Lap seals usually use less materials than a fin seal. The film is pulled down through the forming tube and creates the shape of a bag.

Next, the bag is filled and sealed. To simplify the process, the machine hot seals the bottom part of the film, the product is dispersed into the bag, and the machine finishes with the top seal. The bag is then discharged to a conveyor system or into a box, based on your packaging operation.

The Sharp HAWK Evolution form fill and seal machine allows for packaging numerous food related products. Including, but not limited to, pet food and frozen foods. This machine is easy to operate and maintain, and has a quick bag size change over rate. This piece of packaging equipment reduces labor and material costs. 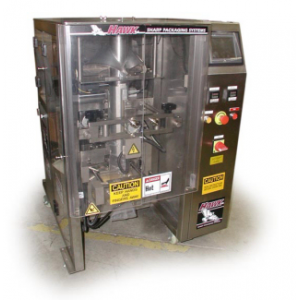